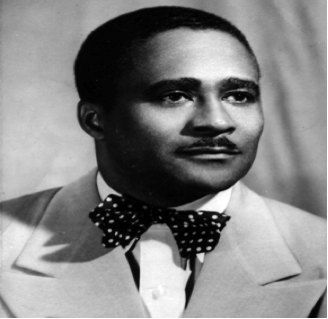 Arthur D. Shores was born on September 25, 1904, in the mining town of Wenonah, in Jefferson County. His parents were Richard and Pauline Shores, and he was the oldest of nine children. Shores graduated from Industrial High School within the city of Birmingham, in 1922 and went on to attend Talladega College, earning a teaching degree in 1927.

Few black attorneys worked in Alabama during this period, and they generally performed the background work for trial cases and then handed it over to a white attorney who would actually try the case in court. This arrangement never satisfied Shores, and he became the first black attorney in the state to represent his own clients in court. In 1939, Shores made his career by successfully trying a police brutality case in which a white Birmingham police officer was convicted of assaulting black labor leader Will Hall.

In 1955, Shores took on what would become a landmark case, when he represented Autherine Lucy, an African American woman who had been admitted to the all-white University of Alabama and then denied admission when the institution belatedly realized its mistake in admitting a black woman. Shores served as the local attorney on the case, which was handled by the NAACP. In 1955, the organization won a ruling that the university could not deny Lucy’s admission on the basis of her race, which was upheld by the U.S. Supreme Court that October.

After the Lucy case, Shores was a constant figure in civil rights litigation in Alabama. He represented the more than 3,000 demonstrators who were arrested during demonstrations as part of the Birmingham Campaign in 1963, earning notoriety that sometimes put his life in danger.

Change came to Birmingham, albeit slowly. In 1968, Shores became the first African American appointed to the Birmingham City Council, a position he held until 1978.  In Birmingham, where segregationists once dynamited homes with impunity, Shores is now remembered admiringly for his role in bridging the gap between the two races. Arthur Shores died on December 16, 1996, at the age of 92.